2016 LED lighting trends in the USA

Tubes supporting LED technology consume 80% less energy as compared to the incandescent ones, with durability exceeding ten years. Although some LED tubes may be more expensive than the incandescent, the former is more cost effective in the long run since they have minimal maintenance costs in addition to the minimal energy consumption.

The American population has been for a long time incurred insanely high electrical energy costs, thanks to the power-intensive lighting systems. However, the arrival of Light-emitting diode (LED) is expected to slash down a significant portion of these expenses. LED lighting has been rapidly adopted in the US and this has termed by Goldman Sachs Company in its research as one of the most rapid technological advancement in human history. Consumers and businesses in the United States can save approximately $20 billion and the carbon dioxide emission may reduce by 100 million metric tons every year if people continue to adopt the use of LED lights. 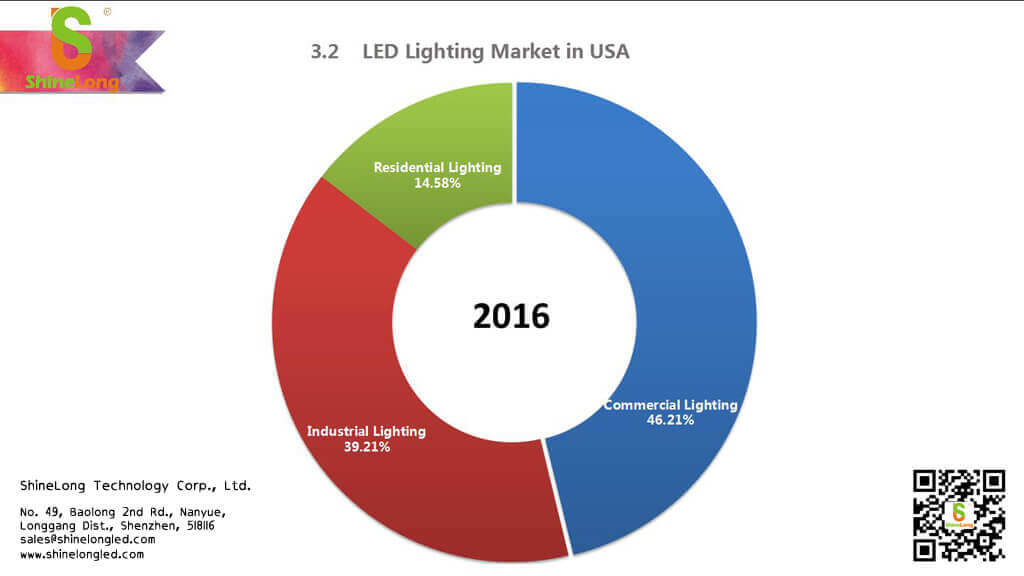 In a report produced by the Department of Energy, the installations of the ordinary home LED lamps were less than 400,000 in 2009. Since then, the use of these energy-saving bulbs has become more prominent and by 2012, the installations had hit cool 14 million and a whopping 78 million two years after. The remarkable improvement has been triggered by the sharp reduction in the costs associated with the installations as well as better performance of the lights. For instance, the prices of lights supporting LED technology have significantly declined by 90%. Currently, a 60-watt-equivalent LED light costs roughly three dollars.

After realizing the benefits that LED lights offer, the US Department of Energy in collaboration with other countries such as India has strived to develop technical and analytic strategies for increasing the use of LED lights. The department has contributed to the development of policies that support the adoption of the cost-effective bulbs, for instance, bans on incandescent technology.  With these efforts, the LED lighting trends in America can only be positive.

According to Goldman, 69 percent of the light lights that will be sold by 2020 will be LED while the same will account for 60 percent of the ones that will be installed at the time.  It is also estimated that 84 % of lumen-hour sales in the US general lighting market will be LED illumination by 2030. The increased use of LED lighting technology is expected to reduce the consumption of electric power by 40% during that year only. The amount of saved energy will almost be equivalent to today’s total energy utilized by about 24 million homes in the United States.

Although it will take some years to replace incandescent lighting systems with LEDs in the United States, the latter’s future is promising. With time, people are becoming more aware of the benefits of the new lighting technology, such as cost-effectiveness and environmental friendliness, and are more willing to adopt it in place of the incandescent bulbs.  The increasing number of LED light installations is an indication that the technology is becoming more prominent day by day.