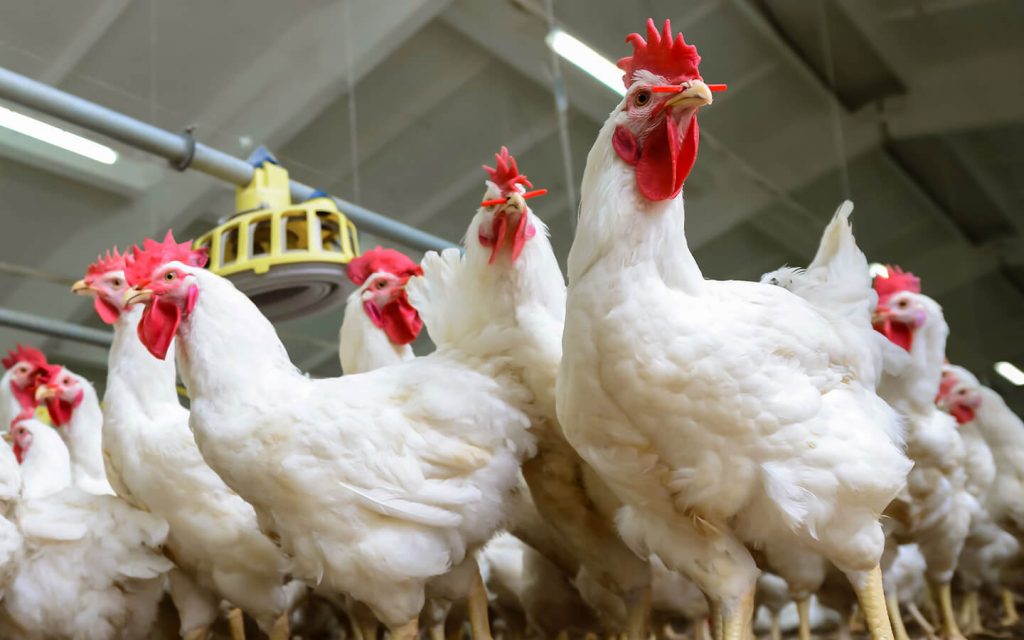 Our customer is a poultry farmer that owns the largest production of chicken. The farm is known for its high production of eggs and chicken meat. The chicken farm has existed for 9 years and it is planning to extend to other regions.

Our customer needed good lighting for the chicken farm. Before partnering with ShineLong, our customer had tried several methods of lighting but all went in vain. “The chicken farm deals with the large production of poultry. The farm requires good lighting that is favorable to the chickens. We faced a lot of challenges in lighting and this affected our rate of production and we observe a decrease in the profit that we received. Over five years we have been trying various methods of lighting to solve the problem but we never get one that satisfied our requirement.” However, our customers carried out in-depth research and they came across our website and they were sure that they will get the everlasting solution. “After we have realized that we have put more resources into finding the solution to the problem, we decided to do our research to check the best company that provides good lighting. Through one of us, the farm came across the ShineLong website and we were satisfied that the along-awaited solution is here.”

One of the staff at the chicken farm has previously used the LED lights from ShineLong and recommended them to our customer. They knew that the problem that they have been facing for the longest time will go for good. “During our research, one of our new staff recommended ShineLong to the farm and we check out their websites and find out some reviews from other clients. We found out that the organization offers all the lighting solutions and we immediately contacted them.” Upon receiving our customer’s requests, we work according to their needs and they were impressed with our lighting solution. “We received immediate feedback from the ShineLong and they produced the LED lights that fixed the lighting problem that we have been facing for several years. They used the short time possible and we are happy with what they did. ShineLong has helped our farm by not only setting good lighting but also increasing our production and profit rates.” Being an expert in LED tri-proof light, we helped our customers in customizing the lights to fit the chicken farm and enable them to realize the LED lighting ideas, which will add value to their farm.

Our customer has realized the 65% increase in production of both eggs and chicken meat and this has enabled them to grow rapidly. “Since we partnered with ShineLong, our farm has seen a greater change in production rate. Initially, before getting a good lighting solution, we usually produce 10, 000 eggs in a day and after ShineLong comes to our face our current production is 16,500 eggs in a day. We also increase the number of chickens we sell out for meat at the same rate.” The lights that we installed for our client are favorable to the chicken farm and it allows the poultry to produce more eggs and even grow very fast and this increases the chicken meat production also. Since the installation of LED tri-proof light, the chicken farm has realized an 81% profit increase. Before partnering with ShineLong our customers had realized the decrease in the rate of profit they were getting. After partnering with us the farm has seen a greater improvement in the profit, they receive this is due to an increase in the level of production. The number of chickens on the farm has increased also due to good lighting. “Since we get the lighting solution, our chicken farm has grown in terms of production and the number of chickens on the farm. The additional number of poultry on the farm is over 1200, which is a very encouraging number. Many farmers never understand the importance of LED tri-proof lights until they used them. The production level of the chicken farm does not only depend on the kind of food given to poultry but also the lights that are favorable to them yield more.”

How We Did It

Upon receiving a call from our customers, we listen out to their problems, and we take them through our lighting products. ShineLong is a top-notch LED tri-proof light manufacturer that produces lights that are favorable to all the different kinds of projects. We give recommendations of the lighting solutions depending on the projects that our customers have. In the case of our chicken farm customer, we recommended to them the best lighting solution that assisted them to double their production. The farm was impressed with our LED lights because we usually give the best to all our customers. ShineLong value all the customers and we always make sure that they are satisfied with our products and services. Our chicken farm client is planning to expand the business in other regions because of the good results they get after using the leading lighting products in the world.

What Our Clients Say About Us

“ShineLong is the best company to work with. They manufacture genuine LED tri-proof light that provides lighting solutions to all kinds of projects. We have worked with them and we are happy clients because they fulfill our satisfaction. The one key thing the chicken farm loves about the company is that they value their clients and make sure that they give all the best. Our company will always recommend ShineLong to any organization that needs a lighting solution because they focus on customers’ needs first. Working with ShineLong made our farm realize that you could never do anything on your own, you need experts to monitor everything and you will get wonderful results”.

Thinking about the environment and you!